The Larson family has been in the furniture business since 1908.
We provide old-fashioned service, with a full line of products reflecting current trends and colors.

Quality, Service, Price and Selection is our mantra.

Keep reading to learn more about our 114-year history. 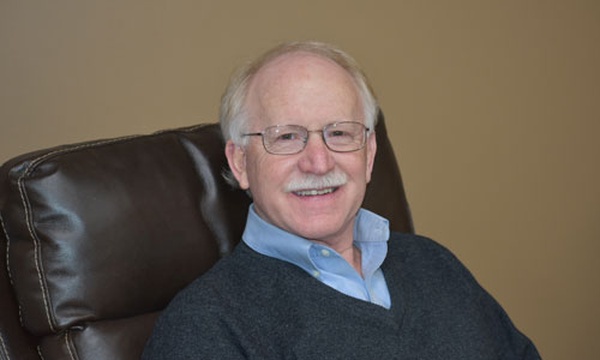 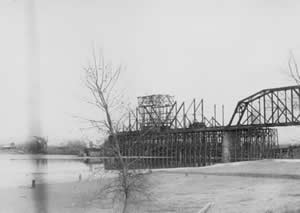 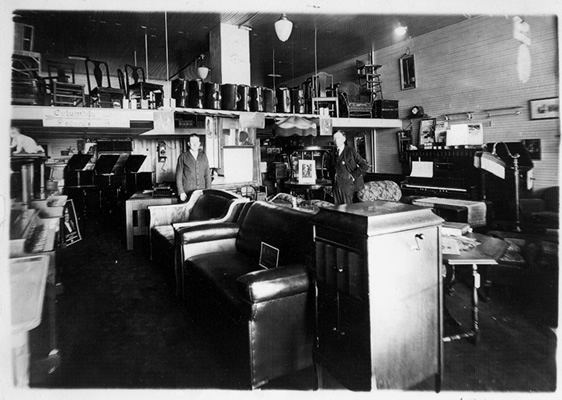 It was 1908. The future town of Mobridge, South Dakota was being platted in preparation for building the Milwaukee Road railroad bridge across the Missouri River. The railroad crew building the new bridge sent telegraph messages that ended with “M.O. bridge,” consequently, naming the city.

Lars Larson purchased two lots and opened Larson Furniture and Undertaking, a new career for this Norwegian homesteader who arrived in the Mobridge area with his wife Hannah in 1889. That year they rode the train from Denver to the end of the tracks and joined many other Norwegian immigrants homesteading on the Dakota prairie. Apparently, he was a successful homesteader because he purchased additional land, raised eight children, and then started his retail and service businesses.

Many people wonder why furniture and funeral businesses often went hand-in-hand. Until quite recently, it was a logical combination since the companies that manufactured furniture also manufactured caskets. The horses and wagons used to deliver furniture could also be used for funerals, and Lars took pride in his matched black horses and shiny hearse coach. Since his store sold cribs, he was able to advertise, We serve you from cradle to grave, in Norwegian, of course.

The Kenyon store and mortuary were purchased by Lars’ son, Edwin R., in 1939, from the Rueben Hanson family. The funeral parlor was relocated to a large home in 1945. A fire severely damaged it on a winter night in 1948. Edwin R. chose not to rebuild it and sold the funeral business 1949.

Edwin A. Larson
Edwin’s son, Edwin A., served in WWII then graduated from the University of Minnesota with a mortuary science degree. He joined his father briefly in the Kenyon businesses then became a traveling sales representative for Broyhill Industries.  As he traveled, he searched for the right community to establish his own furniture store and to raise his family.

In 1949 Edwin A. selected Redwood Falls as his first store location. Since Redwood Falls had a fine mortuary, Edwin A. did not pursue adding these services to his business. Instead, he concentrated on making Larson’s Home Furnishings one of the finest furniture stores in Southwest Minnesota.

After the Kenyon fire, his father, Edwin R., relocated to Redwood Falls to help grow the business with the grand opening in December, 1949. (Today, the Redwood Falls store continues in the original building on the corner of Mill and Fourth Streets, but has tripled in size.)

People often ask where the tag line: Feather Your Nest With A Little Down originated. In truth, Eddie saw it on a furniture store in South Dakota that was going out of business. He figured that store did not need it anymore, so he adopted the tag line for his business. The phrase and feather have become as well known as the Larson name.

Marshall Store Grand Opening 1955
In 1955, to support the growing post-war population, Edwin A. added a store in Marshall Minnesota, 36 miles west of Redwood Falls. He purchased an existing furniture business located in a three-story building in the central business district. The Redwood River overflowed its banks in June, 1957 and entire business district was flooded. Edwin built anew building in a cornfield east of Marshall. The building has been expanded several times and is now considered to be in the heart of the action across Highway 19 from Southwest Minnesota State University. 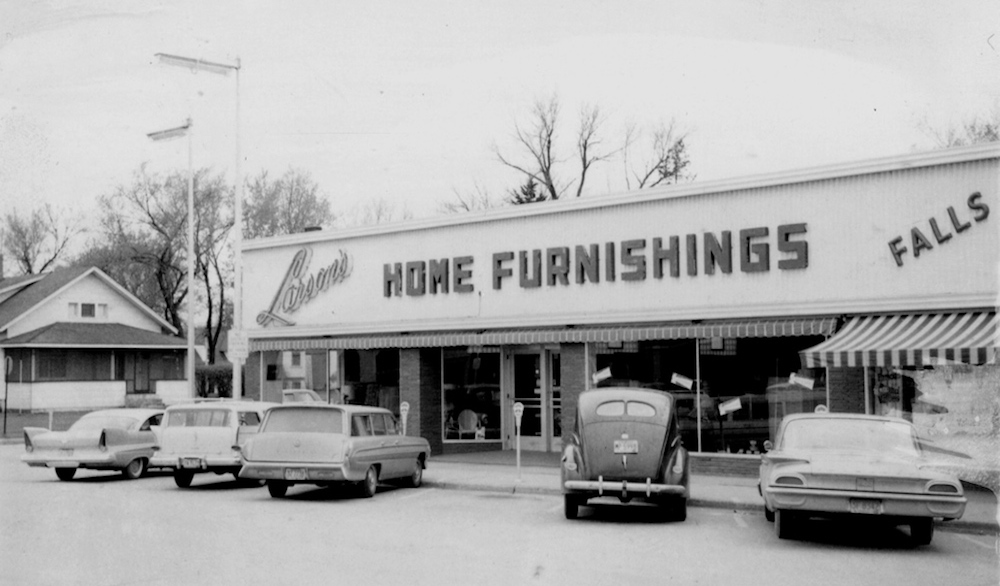 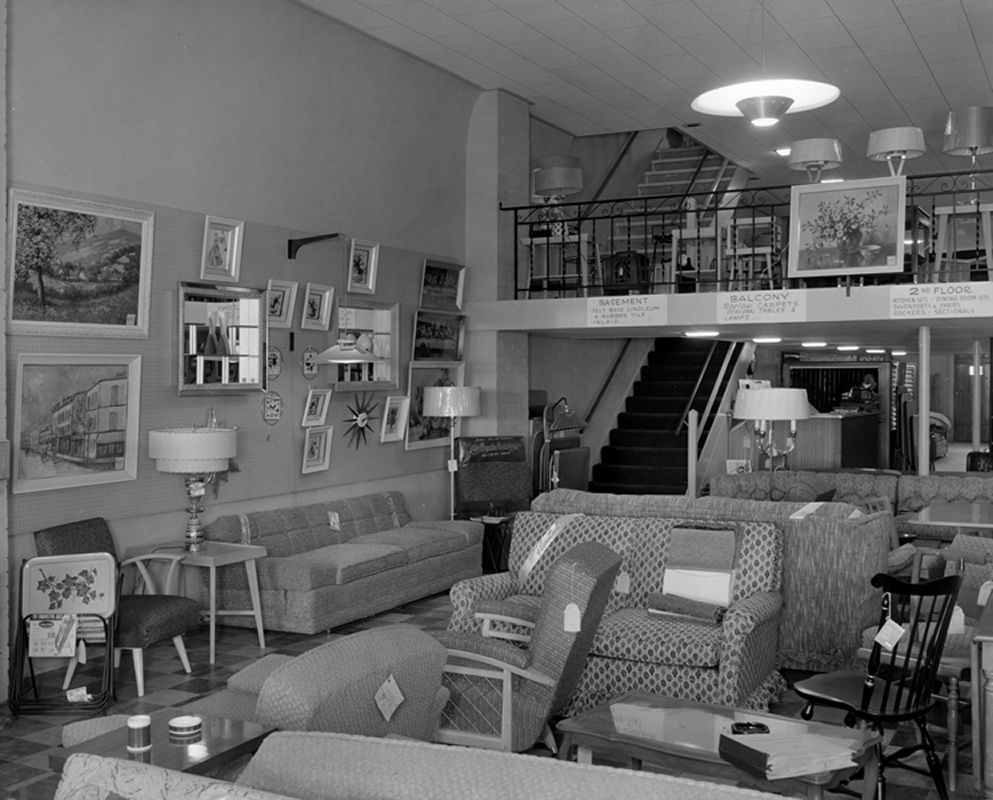 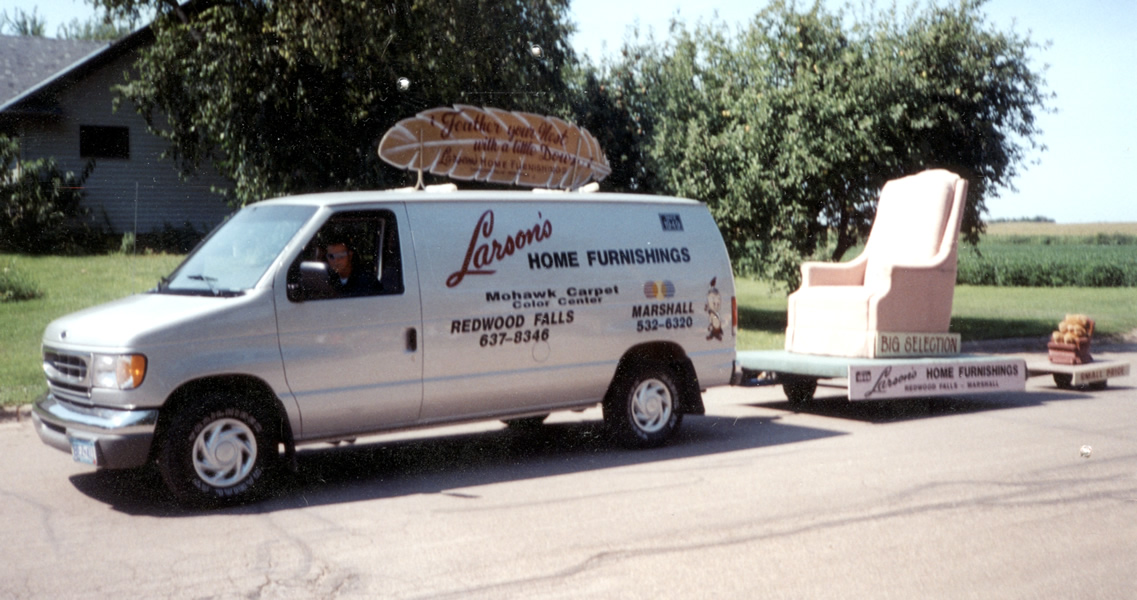 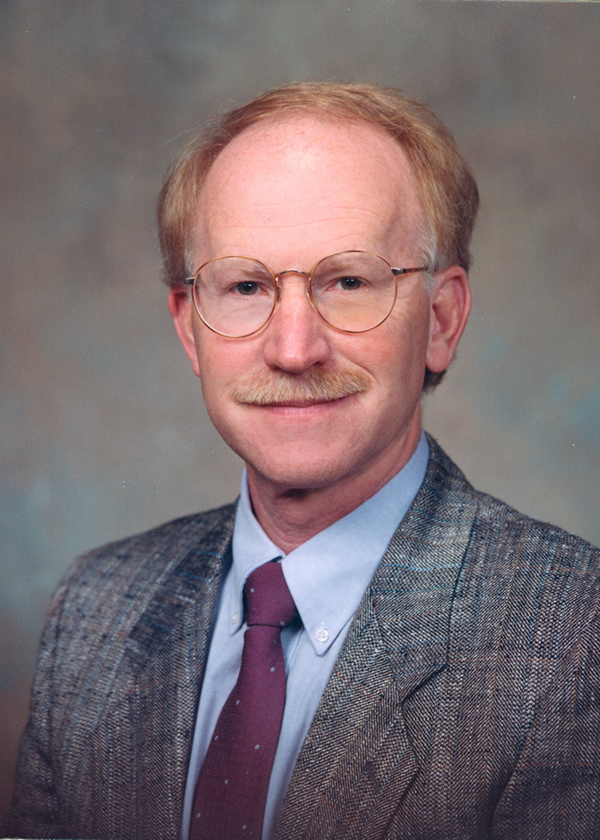 Today, Eddie’s son Scott, the fourth generation to be in the furniture business, operates the Redwood Falls and Marshall stores. After working for the Minnesota Department of Natural Resources, he returned to Redwood Falls to join his father and grandfather in 1974. Scott considers it a privilege to be the caretaker of a fine business legacy and knows his great grandfather would be pleased that what he started has lasted for over 100 years. Scott says, “We don’t always know where we are going, but we don’t ever forget where we came from.”

Retailing and business in general certainly have changed in the nearly 50 years that Scott has lived in Redwood Falls.

We used to unload furniture from boxcars on the railroad siding on Tin Street. My great-grandfather would be amazed to see how online catalogs, websites, toll-free telephone numbers, fax, e-mail, and instant credit have increased the pace of business.

Furniture also has changed. Mattresses are engineered for optimal comfort and support. Action furniture, such as vibrating recliners and lift chairs, entertainment centers to hold our electronic equipment and of course computer desks would all be of interest to him.

Under Scott’s management, both stores have been expanded. Color choices, types of furniture, and style variety are greater than they have ever been. I think my early relatives would also be pleased to see what has not changed. All customers appreciate consistency, honesty, and friendly, knowledgeable staff. We remain in awe and total respect our predecessors’ hard work.

Check out both of our locations. Two unique showrooms only 40 miles apart.